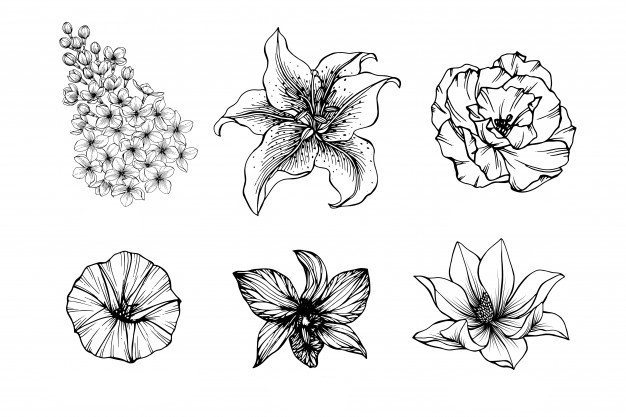 “Why try to match what should be one of a kind?”

Whenever people get together and start forming communities, a host of new dynamics are introduced between the different individuals. Thought now needs to be put into concepts such as how to best treat one another and what the words fair and equal actually mean. This list continues growing as it is influenced by the many factors at play on the entire community. The complexity blurs previously clear lines as more and more simple dynamics combine to create intricate societal constructs.

Today’s entry will focus on one of the fundamental dynamics, the dynamic called comparing. Fundamental because the ability to differentiate two objects is crucial in making any sort of decision. It is simple in principle, however, the simplicity of how it works must not be confused with the complexity of what it can do. On one hand it can enlighten a curious mind, on the other, misuse can break down a resilient psyche with perpetual mental anguish. The nature of comparing is very fragile while also being a necessity to successfully navigate life, therefore a holistic understanding is paramount.

Being surrounded by people who are different from you, both physically and personality-wise, it is human nature to peek over the fence and see if the neighbors’ grass is greener. Now at its core there is nothing wrong with realizing that we happen to be different from our surroundings, comparing what is put before your eyes is unavoidable. The danger comes from the potentially insidious conclusions we draw from an otherwise innocent picture. Before going any further, let us define comparing and give ourselves a frame of mind to explore within. A simple model I created will be adopted that breaks up the act of comparing into 2 different phases, gathering and processing.

The gathering phase is generally objective as we go about collecting information, more objective truths are noticed first like colors and shapes. Meanings and functions of what is being compared tend to come next, if at all since extra effort needs to be applied. Note that there can be bias while gathering, as details of low importance tend to be overlooked while details made important to you will stand out, but in general what is seen gets added into the gathered data. Now, the processing phase is purely subjective. Here conclusions are drawn on the gathered information based on what we think to be true. Fueled also by logic but primarily through feelings, this part of the entire dynamic is crucial in dictating whether the end result will serve to build or break.

It is important to note that these two phases feed off each other. Gathering information gives material to make conclusions, while an incomplete or undesired conclusion motivates a closer look at what you are comparing. This gives us reason to look for more than just colors and shapes, an incentive to look deeper. This cycle also presents interesting scenarios where the act of comparing happens in reverse. Someone picks up a foreign conclusion and filters the gathered data according to what best aligns with the foreign conclusion, the bias while gathering referred to before makes itself clear in this situation. Let us move on with this 2-step model in mind.

Harmful comparison are made far too often by most people whether they realize it or not. The nature of what people convince themselves often finds its home in the subconscious hence making it hard identify as bad or good right away. This tendency to compare out of context creates a chain reaction that drives a vicious cycle, pushing us further and further from the truth. With the influence from celebrity figures and peers, coupled with the powerful platform social media provides; the basic intrinsic human sense of wanting what is good has been taken total advantage of. For some of us, good is evaluated by looking at the long term returns the thing in question may bring. This outlook, though ideal, takes time and effort to develop and it is in this development phase that the maturing mind is most vulnerable.

Very early on we adopt foreign conclusions, we have no choice since we are growing up in a world that is already established. These conclusions vary greatly from wholly believing that the stop drop and roll actually works to understanding that special pieces of paper and metal chips have an arbitrary worth. Now there is nothing wrong with these conclusions, we only ought to be careful when a conclusion attempts to define a way of living for us. Going through life it should not feel as if we are passing through a funnel whose walls are the many voices of opinions, shouting the direction we must take with our lives. Let us introduce a new term; life conclusions. These are the conclusions that define beauty, intelligence, morality and spirituality for an individual. Having a life changing potential, life conclusions need to be carefully examined before fully accepted. Spend time deciding whether or not a particular conclusion should be kept, this will give you more control over the inevitable change of mindset and physical wellbeing to come.

I put so much emphasis on these foreign conclusions because that is what provokes comparing, especially the kind that hurts. In fact reverse comparing is the most common form of comparing. Seldom do we compare two things unless we know they are worth comparing by virtue of someone else having already done it. The inexplicable pull to follow a certain trend, mirror a celebrity lifestyle or even consider compromising relationships are all examples of adopted conclusions. We take these to be true and reverse compare in an effort to find all the possible reasons as to why the mark you let someone else set for you was not reached. After having procured this long list, we begin to impose on ourselves flaws that were never present in the first place. This goes on to lower self esteem, reduce productivity, destroy sense of purpose and produce toxic traits among a host of other negative outcomes.

The lie we then begin to believe is this, if what we gather satisfies the foreign conclusion then we are of value. Meanwhile, lacking in any sense means we have failed and are therefore a lesser value. This is false confidence at it finest. Feeling good about reaching a mark not meant for you, you stand convinced things are perfect, but the true test of a mindset is hardship of any kind. Let me make it clear that this mindset is so brittle because you are dependent on a fleeting and often meaningless sense of accomplishment. Leaving you no more stable than the shifting sands everything you believe was built on. This is the emotional roller coaster countless of people describe living through day after day. It quickly becomes evident that there is no true value in what you have chosen to believe, the funnel is in clear view. By blindly accepting foreign conclusions we allow a heavy bias to thrive, this induced blindness to truth ignites the lies we burn into ourselves, as we justify each second of searing pain with the words “I deserve this”; that is how comparison kills.

Moving forward, I implore you to guard what you let into your mind and all the conclusions you choose to live your life by. Vet and card them, only allowing the best of what is acceptable into the palace that is your mind. If we can convince ourselves, we are inadequate why not practice the opposite and begin building a positive self-image? It all begins with us and our minds, the way we think and our attitude to the world, we are but a perspective away from our sense of happiness and belonging. We are individuals because of what makes us unique and that cannot afford to be lost. Do not fall into the trap of making comparisons with every passer by, glorify the opinions of others or wishing for any life that is not your own.